Confront, Don’t Sprint From, The Elephant In The Room. 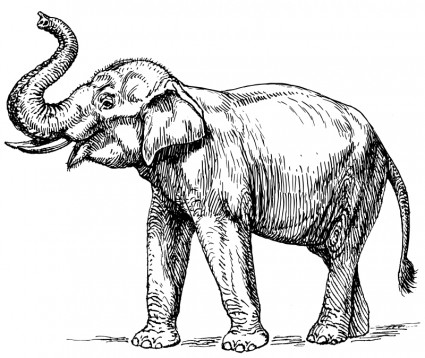 “All problems become smaller if you don’t dodge them but confront them.” William F Halsey

It’s interesting how people in business can create so much extra work for themselves and others in a world where people are time poor. It just doesn’t seem to make sense does it?

I was eaves dropping (they weren’t talking softly so it was quite easy!) on a conversation the other day at a café. Two men in suits sharing war stories about their business and the challenges they face. Normal challenges like staff not doing what they should be, someone continually showing up late, clients squeezing them on price and they felt like they had no time.

One of the gentlemen went onto explain a situation he wanted some help with. He explained to his mate that one of his top sales people weren’t performing and seemed completely disengaged. He was concerned that she may leave and what that meant for the company. He was concerned she was spending her time on scoping the market for another job instead of doing her job. What if she takes other team members with her? What if she is badmouthing the business out there in the marketplace? What if she takes clients with her? How can he replace her?

This situation was an enormous issue for the guy and rightfully so. The thought of losing strong talent is scary and also a massive time, energy and dollar strain.

What do you think about that strategy?

If I was in the buddy’s seat the first question I would’ve asked is have you spoken with her about what you’re observing? This would be the first step in the strategy I would have suggested to confront the situation.

This isn’t uncommon in business for leaders to have identified an issue, the most common being with a team member or client, and they effectively avoid it. Commonly for fear of making it worse. However, they aren’t avoiding the situation in their mind. As shared above, they worry and stress over things and basically create situations that are blown way out of proportion and may not ever happen rather than finding out what is really going on. This is such a huge time waster.

Because chances are if you asked the question:

Whatever the outcome, the power is in you knowing, not guessing what is going to happen and perhaps making a mountain out of a mole hill if in fact her response was a!

Rather than sprinting from these situations ‘the elephant in the room’, take control and confront the issue. Leaving things to chance when you have identified issues isn’t a winning strategy and the time you waste by worrying and hypothesising will not work in your favour also.

Chances are you will have wished you had of confronted it earlier. Say it like it is. You may not always get the response you want but at least you’ll know what you’re dealing with.