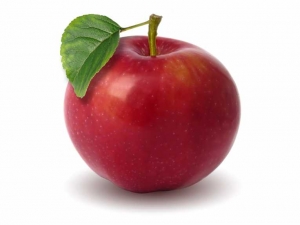 KPI’s are becoming an irrelevance. Actually, they’re a hindrance to relevant and influential leadership.

If your eyes widened or your chin hit the desk you’re not alone. Most people experience the same reaction because KPI’s are so wired into our psyche as the thing that decides if we are successful or not. They almost define us.

Business today isn’t about KPI’s – it’s about people. You can set as stretching a KPI as you like but they actually mean nothing. Unless you have a team of engaged people behind you and unless they mean something to you as the leader.

Throughout my corporate career we were measured by KPI’s that increased year on year. In the later years it was pure profit numbers that we were measured on. And it’s that time that the organisation I worked for lost some of its best talent. When the focus became purely on the bottom line, a number, an outcome, the people really started to suffer. Because the focus changed from trying to get the best out of the people to trying to find the best cost cutting opportunity (which often means people or FTE) or revenue generating exercise (often requiring to do more with less). That’s dangerous.

I absolutely know that a business or organization needs to be profitable. There are boards to report to, shareholders to please and growth strategies to execute. However, the vehicle to your profit success is your people and if they feel like they are not valued and simply treated like a number they won’t stick around for long. The times, challenges and expectations of society and business may have changed over the decades but people really haven’t, they want to be valued. It’s just that now people are less tolerant of being treated poorly and will talk with their feet.

We have this super savvy generation coming through that are demanding to be respected and engaged and want to feel like they are part of something bigger. They won’t be defined purely by KPI’s and nor do they want to be. They need to understand the value they offer to their workplace and that goes far beyond a number. It becomes about culture. It becomes about vision. It becomes about meaning.

Leaders need to disrupt their thinking now and understand that while leadership is somewhat about the outcomes that are achieved the ‘how’ you get there is the most important thing. Ensuring you are empowering rather than micro-managing, understanding how to get the best from your people rather than assuming and understanding the skills of each individual that you can leverage to create outstanding results rather than asking people to conform is how to be successful.