Warning: It Starts With You. 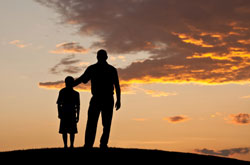 “Everyone in society should be a role model, not only for their own self-respect but for the respect from others.” ~ Barry Bonds

There was a situation that happened on the weekend that only sickened me but makes me question what has happened to us as a human race.

I woke up Sunday morning to the news a young boy, 16 years old to be precise, who was refereeing a junior rugby league game in NSW was punched in the face by an out of control angry parent. Not surprisingly, the man’s child had been sent off the field, which is apparently what triggered the incident. Clearly the apple doesn’t fall far from the tree. The young ref has a fractured eye socket and jaw as a result of this mans inability to control his anger. Now if that doesn’t stir us some emotion in you I’m not sure what will. I don’t care if there’s anything else behind this situation or a history between the ref, the man’s son &/or the man, this is aberrant behaviour. And this must stop.

There was an interview with one of the kids, all of whom were under 12 playing this match, who witnessed this violence. He naturally said he was scared and didn’t know what was happening so he and his teammates ran away to the clubrooms to get away from the situation. How can children make sense of this situation when adults can’t make sense of it? A grown, supposedly fully functioning adult violently assaulting a 16-year-old referee because he doesn’t agree with a decision made in a children’s sporting match? How can anyone make sense of that?

The appalling behaviour of this man was in front of 2 sporting teams of impressionable young kids, and in front of spectators where there would be more kids watching. What he’s demonstrating is that it’s ok when you get angry when you don’t agree with a decision and to get physically violent to get even. Certainly not the behaviour I would want role modeled to my child. It will be imperative for the parents of these others kids to now have the necessary conversation to explain this behaviour was far from acceptable to try and prevent any such mimicking.

There’s so much being done from the grass roots level of society, in the education system and all the way to government level to educate children to try and stop all forms of bullying, stop domestic violence, stop the one punch and more, however, if we as adults don’t role model the behaviour we expect from our children then what hope do they have. This. Starts. With. Us. And if we can’t get control of our emotions then what hope do our children have.

The fact is, when we are playing the role of parents to children in any form we are playing the biggest leadership role of our lives. This includes carers, teachers, grandparents, Aunts and Uncles – anyone who is looking after children at any time. We are shaping our future leaders. Each and every one of us has a role to play in creating the leaders that our future needs. This is a huge responsibility and why ensuring you have a certain level of self-awareness that supports a relevant, courageous style of leadership – always – is absolutely critical. It’s why taking responsibility for your behaviours is paramount and ensuring you are role modeling a basic respect for those around you. And why taking the time to reflect on how you are ‘being’ and how you need to be to ensure you are a positive role model is also critical.

Role modeling positive behaviour isn’t limited to the workplace. It’s relevant to all areas of your life. We can’t decide to get up each morning, put on our ‘leadership cloak’ when we head off to our professional setting, then, when we’re done with that, take it off and give ourselves permission to behave like a neanderthal in our personal lives.

We constantly talk about having an inclusive culture where all people of all races, religions, genders, generations, sexual preferences and beliefs can live freely and be respected in our society. We don’t necessarily have to agree with what others believe in, their decisions or what they have an opinion on, but we should respect the fact they have these beliefs and opinions. If this is going to come to fruition we need to have more action than talk. The proof is in our actions.

If we can each start making progress and create the ripple of effect of change we want to see in the world by making a positive impact, role modeling empowering and positive behaviour for our future leaders then we are a little bit closer than we were yesterday. As Barbara Mikulski said” Individually we can make a difference, together we can make change.” All it takes is a decision.